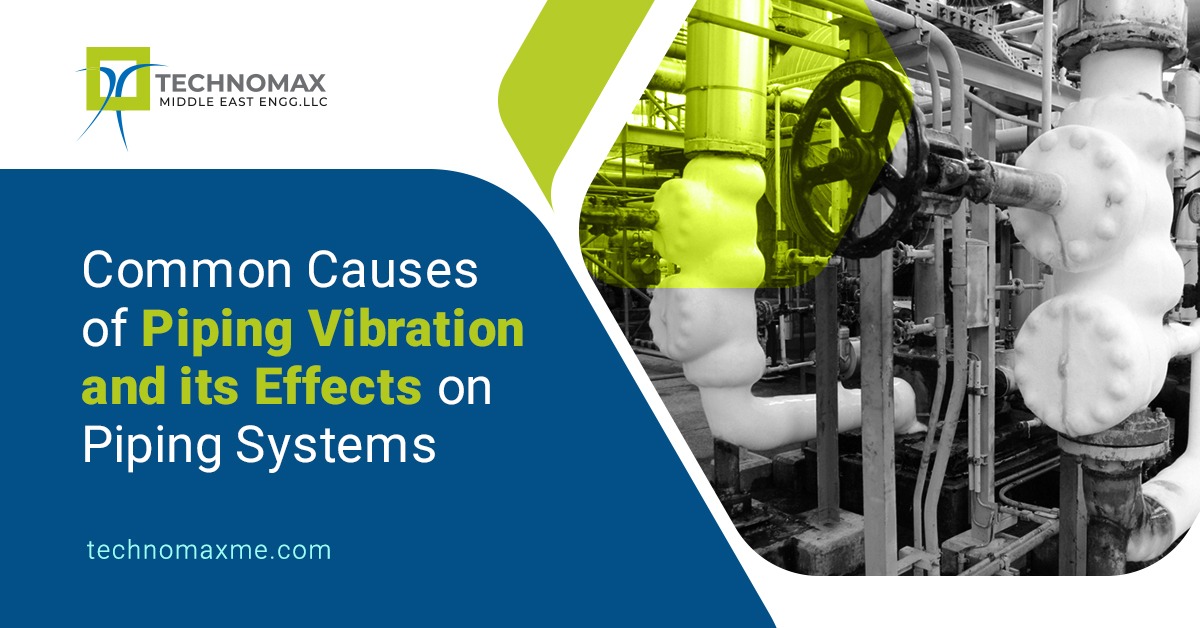 Common causes of piping vibration and their effects on piping systems

What Is Piping Vibration?

It is important to note that the vibration found in a piping system can cause fatal damage to the operating plants and machinery. Some of the piping system design codes which are commonly used are ASME B 31.3, B31.1, B31.4, B31.8, etc. But, since the design is a wide area of study with each and every process and plant being different, most of the piping codes are inadequate to work with vibration analysis.

The Most Common Causes of Piping Vibration

There are a multitude of reasons and causes for piping vibrations. Some of the main and most common causes are

Along with the stress content, these vibrations can also result in fretting, where the surface of these pipes starts to wear off due to cyclic relative motion that occurs as a result of the piping vibrations.

Most piping system failures occur due to small-bore connections (SBCs). Some of the reasons for it being

In order to have a smooth functioning piping system with no unwanted vibrations, you ought to eliminate unnecessary bends in a pipeline; they should not be mechanically resonant to the piping system’s excitation forces.