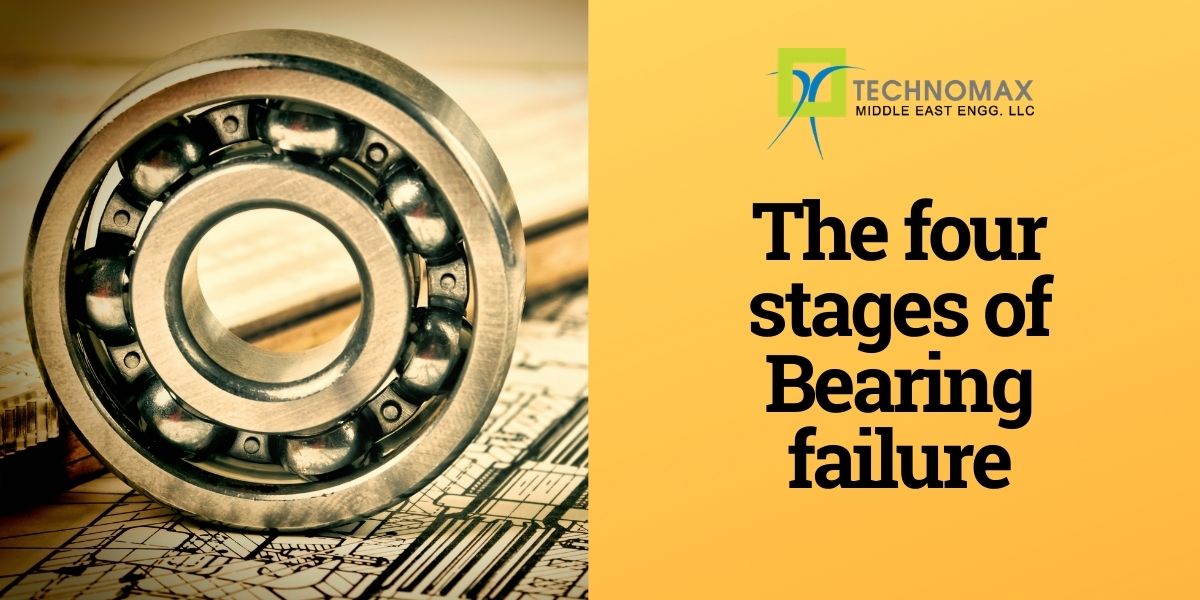 The Four Stages of Bearing Failure

The reasons for bearing failure may be varied as there are different stages of bearing failure. From premature failure to losses despite planning and maintenance, the disruptions in the smooth functioning of the bearing may happen anytime. The bearings of each equipment are selected with a response to the life expectancy of equipment, which the manufacturer decides, on the basis of fatigued spall failure.

Thus, the Original Equipment Manager(OEM) is responsible for making sure that the bearings are punctuated with the expected life of the machine. There may be an array of reasons for damages or premature failure of the bearing. They may be inadequate/improper lubrication, contamination, improper handling, installation glitches etc. These unexpected bearing failures can cause severe financial losses to the company. Besides, replacing adjacent components may also survive damage like housings and shafts. These failures also pose a serious threat to the plant's operating efficiency and also shoots up the cost of operations, leading to severe strains on the profitability of the concern. The failure usually takes place gradually since there are different stages of bearing failure.

The path of maintenance to be adopted to restore these glitches or failures is determined by the acuteness or criticality of the machine or equipment. Before taking up the maintenance procedure, a few questions need to be answered such as the time the device can be shut down, the period it will be down for, the cost incurred with the downtime, calculating lead time etc. Let us refer to an example. Take the case of a furnace combustion fan. Its job is to supply billets to a rolling mill. It is in a critical stage, and the course of action to replace the machine should be adopted. If not done, the next chance to replace the furnace may be in 6 to 12 months, by the time of which, the fault may escalate to an irrecoverable higher state.

The first stage of the bearing failure is regular operation. The glitches tend to register at ultrasonic frequencies ranging from 1200K to 3600K CPM (20000- 60000 Hz). The only instruments that can evaluate the energy of the device at this stage are Spike Energy or Shock plus instruments. It manifests a metal-to-metal contact that can primarily be caused due to lack of lubrication or fluids. It is a stage that can be avoided beforehand, even adequate evaluation and remedial measures are taken ahead.

In this stage of bearing failure, the reason for failure is essentially minor defects or glitches, which tend to trigger a mounted resonance response ( of the magnet/ accelerometer assembly). This gets picked up in the middle of a spectrum with a spectrum analyzer ranging from 120K to 480K CPM(2000-8000Hz). When this stage comes to an end, defects in bearing frequencies tend to resurface; sideband may also sometimes appear above and below the defect frequencies. If the machine is highly critical, they need to be replaced at the earliest available opportunity, which may be months ahead. The Condition monitoring provider should establish a reduced monitoring interval and also make sure that Critical machines have additional VA for assessment.

The third stage of the bearing failure witnesses a defect in frequency levels to upsurge to a considerable extent and that the harmonics of the bearing tendon appear on the spectrum. With the increase in wear, side banding also takes an upward trend around the defect frequencies. At this stage, the increased defect frequencies can be visible as the harmonics tend to get mounted at the resonance area. If the bearings are removed, one can clearly take hold of the defects in the raceways or rolling elements. It is advisable to change the bearing of the critical and non-critical equipment in this stage. The CM provider should ensure additional VA to create a standardized deterioration rate if there is any delay in the maintenance action.

The fourth stage essentially pertains to the end of the bearing stage. It depicts the random fluctuations of high-frequency vibration, which upholds the noise floor in the higher frequencies. Here, defects such as discrete bearing failure mounted resonance peaks, etc., begin to vanish and eventually get replaced by a random broadband noise floor, which of a considerable low frequency. However, it should be ensured that bearings requiring routine vibration analysis do not reach this stage.

Repairing and maintenance are part of the manufacturing process. It is very economical to observe and monitor the functioning of the equipment so as to avoid unwanted failures or disruption. The various stages of bearing failure tend to reduce this chance, as it indicates beforehand about the signals of complications in the normal functioning of the machine so that necessary corrective measures can be taken and substantial operational and maintenance expenses can be cut down.