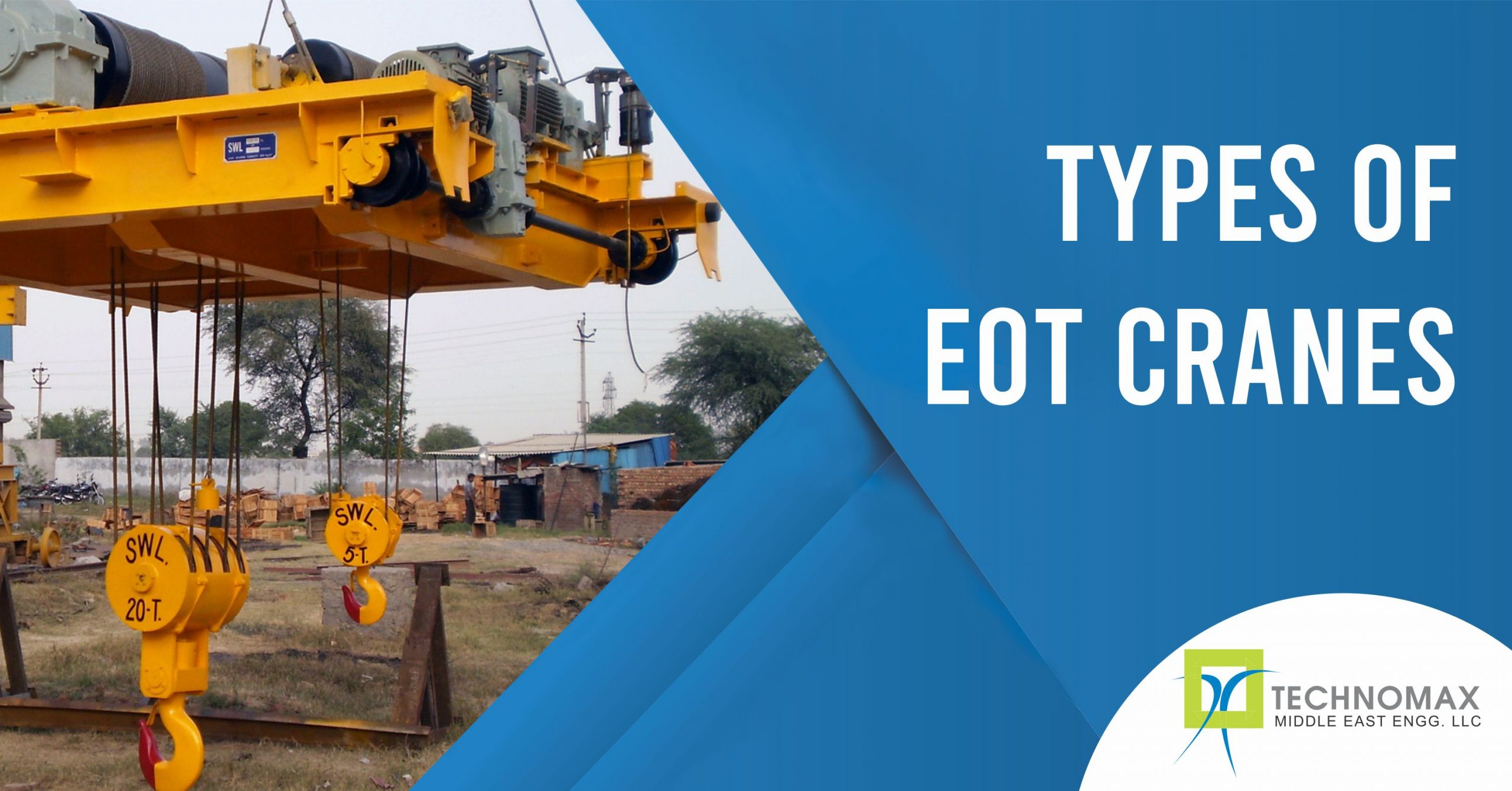 Cranes are indispensable for industries and working landscapes. They are most commonly used in the automotive, construction, and shipbuilding industries. They are used to lift and handle heavy objects and materials that are not possible manually. They make the work easier and enhances productivity. There are different types of cranes used for various purposes. The industries use them as per their requirements. Each type of crane is crafted with unique features to meet the requirements of the users. Here, we will discuss one of the most common and popular types of cranes, the EOT crane also known as Electric Overhead Traveling Cranes.

What is EOT crane?

EOT crane stands for electric overhead traveling crane. This is the most commonly used crane for lifting and shifting heavy loads. These cranes are electrically powered and operated by a control pendant, radio/IR remote pendant, or an operator cabin attached with the crane itself. These cranes have the capacity to lift both heavy and light weights. It is also known as bridge cranes as it consists of a parallel runway connected with a traveling bridge. The hoist is mounted on the traveling bridge. It has three functional movements- Crane Hook Up and Down Lifting, Trolley Lateral Movement, and Crane Long Traveling Longitudinal Motion.

Electric Overhead Traveling cranes have wide applications and are used in many industries. Some of them are

The single girder EOT crane has a single girder with a trolley and hoist that runs along the axis. It has one main girder between the parallel runway and does not require the rail component for moving on the runway. It consists of mounted motors and vertical gearboxes. It can be easily operated through a push-button pendant station or radio remote control. These Electric Overhead Traveling cranes use a snap action limit switch that supports the hoist’s movement in an upward and downward direction. It is made up of four-wheel arrangement in long travel end carriage. Such cranes are mostly used in handling typical to medium objects and materials. The single girder EOT cranes are lighter than the double girder EOT cranes and are mainly used for short work periods.

The single girder EOT cranes have the following features-

Conditions under which the single girder EOT cranes are used

The single girder EOT cranes can be used if the following conditions are met.

The double girder crane has two girders with two trolleys and hoists that run along the axis of the beam. These cranes have a platform on both sides. It has a crab mechanism that runs along both the girders. These are used generally for maintenance purposes. It consists of foot mounted motors and horizontal gearboxes. It can be operated by the push-button pendant, radio remote control, and operating cabin mode, unlike the single girder, which cannot be operated by the cabin. In this type of EOT crane, there are two types of limit switches. One is the rotary limit switch used to calculate the hook traveling and controls the upward and downward movements. It also has an additional switch known as the gravity limit switch, which is used for securing the limit switch working. The double girder EOT crane has an eight-wheel arrangement that is easy to maintain.

The salient features of double girder EOT cranes are-

Conditions under which the single girder EOT cranes are used

The single girder EOT cranes can be used if the following conditions are met.

EOT cranes are reliable, safe, and more productive in comparison to other types of overhead cranes. They have wide applications and are most commonly used by industries. Electric Overhead Traveling cranes are essential tools and equipment used in industrial production and transportation and production processes.