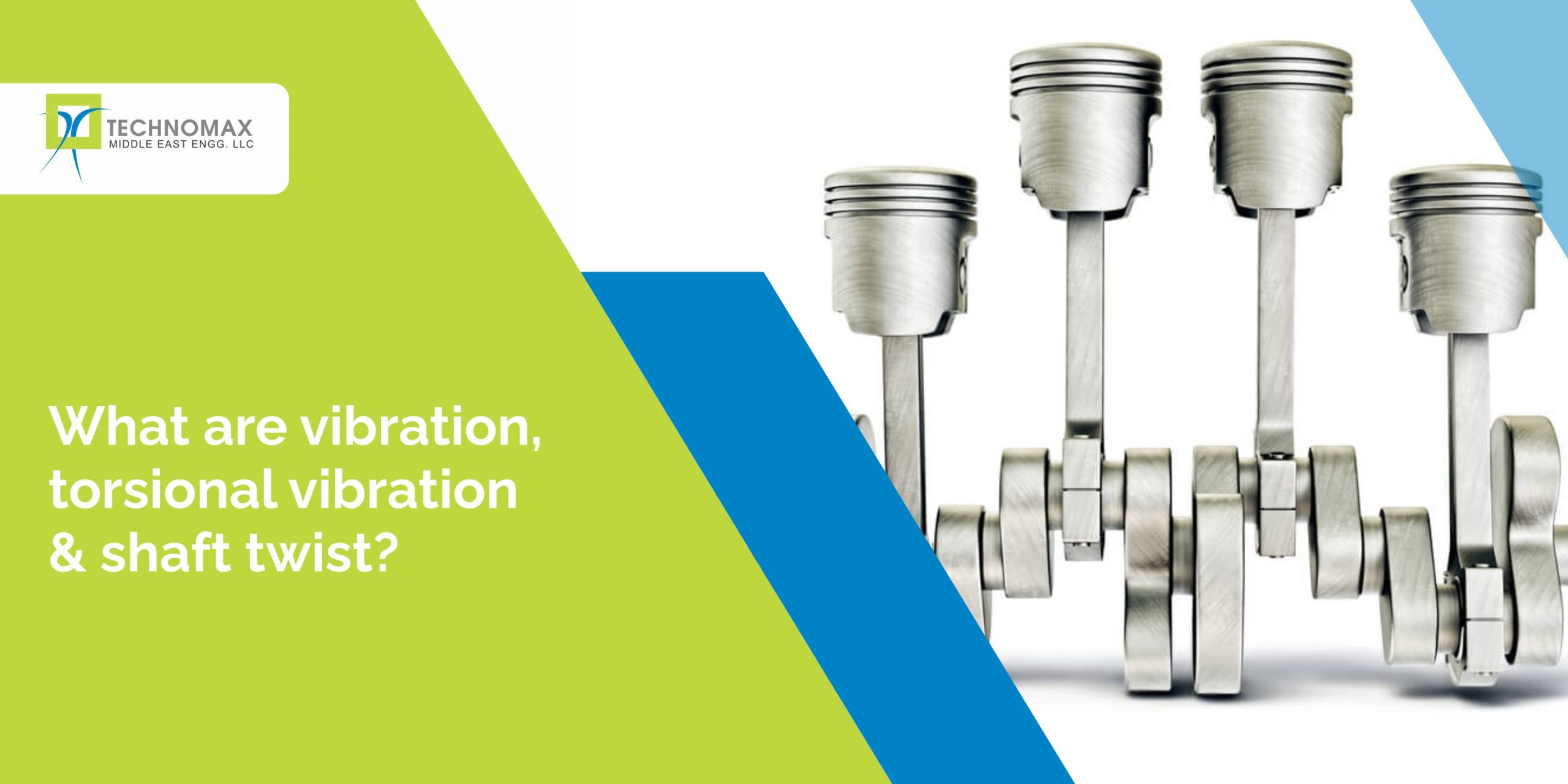 An object is said to vibrate when it oscillates around a central point with a defined pattern or periodicity. Rotating components produce vibration due to centrifugal forces that can be monitored, measured, or even heard.  Vibration may or may not be desirable depending on the object and situation.  A pendulum’s vibration is considered essential whereas vibrations in engines are undesirable.  Vibration can be initiated by electromagnetic induction, structural resonance, flow of fluids, and friction.

Measuring the displacement of the object from one point to another or the speed of displacement and acceleration are the widely used methods to quantify vibration.  A vibration analysis equipment is used to capture, monitor, store, and analyse vibrations in the equipment.  Advanced wireless technology, has greatly improved how data is collected and interpreted.

Modern Physics uses sensors, mounted on flat and clean surfaces, to measure speed, displacement, and/or acceleration.  A piezoelectric sensor is the most widely used sensor that measures vibration by converting them into electrical charges.  Microelectromechanical sensors and laser doppler vibrometers are the other two popular sensors used to measure vibration.  Piezoelectric sensors generate voltages on impact and these signals are then encoded for further analysis.

Vibration analysis works on four broad principles of time, frequency, modal and joint methods, each of which gives useful insights.  The time analysis is the simplest of all and is a simple waveform monitored on the screen of an oscilloscope.  While exploring the appropriate sensor, factors such as temperature and bandwidth should be considered.

In equipment with rotating parts, frequency spectrum analysis wins over time-domain analysis as the machine would generate multiple vibrations emanating from different components such as shafts, gears, etc.  Frequency spectrum analysis focuses on time waveforms of every individual vibrations that is significant for the study.   Joint techniques such as the Gabor-Wigner-Wavelet models can be used to monitor more than one spectrum together.

What is Torsional Vibration?

Torsional vibration measurements allow engineers to better understand the dynamics of their rotating equipment, enabling them to troubleshoot and/or validate performance. While this remains a largely specialized field, the concepts behind torsional vibration measurements are relatively straightforward and can be mastered by those with a basic understanding of the principals of vibrations and how it correlates to equipment performance.

Excessive torsional vibration can lead to failures of such items as shafts, couplings, fans, gears, engine dampers, and compressor oil pumps. These failures typically occur at a 45-degree angle to the shaft axis. Unfortunately, torsional vibration problems may not be apparent until after a failure occurs.

Torsional vibration and testing may be necessary to determine separation margin from torsional natural frequencies (TNFs) or to verify previous calculations. If a torsional problem is found, the system may need to be modified. Once the mass- elastic model has been normalized to match the measurements, the torsional vibration analysis software can be used to evaluate any proposed solutions. To avoid torsional resonance, this may require changing the torsional stiffness of the coupling, the inertia of a flywheel, etc.

An accelerometer is used to measure lateral vibration, but special equipment is needed to measure torsional vibration. Torsional vibrations can be measured using a torsiograph, encoder, or laser vibrometer. These devices will determine angular oscillation and/or angular velocity. Some people have even detected high torsional of a disc pack coupling vibration using a simple strobe light to view warping or “pop canning” of the elements during operation.

In industrial applications, the most common equipment where torsional vibration testing is important is with variable frequency drive (VFD) motors driving large inertia fans and reciprocating engines/compressors. For VFD’s, problems can occur due to tuning of the drive. Reciprocating engines and compressors can have much higher excitation than rotating machinery. Having a wide operating speed range will be more likely to encounter a torsional resonance.  In marine applications, torsional vibration testing is often required on propellor shafts to troubleshoot propulsion problems or to quantify excessive vibrations predicted in a computer torsional vibration model. Torsional vibration measurements are often required to meet certain classifications for new build or re-powered ships. Section 7.9 of the ABS Guidance Notes on Vessel Vibration highlights: “If the measurement is conducted as per 4-3-2/7.5.8 of the ABS Steel Vessel Rules, torsional vibration measurements are to be taken either at the free end of the propulsion machinery, using a suitable torsional vibration transducer, and/or on the main shafting, using strain gauges. Alternatively, depending on the system characteristics, a mechanical torsiograph, driven from a suitable position along the shafting or free end, may be used for this purpose.

What is a Shaft Twist?

Twist requires the measurement of at least two positions. For example, either end of a crankshaft on an automotive engine. Usually, but not always, the measurement is from a shaft encoder or a toothed wheel with a high number of teeth.  The analysis is effectively the difference between the two measurement positions. Ergo, we are looking to see if one end leads or lags the other. These are usually analysed in the time domain, often over one or two revolutions. As in the above examples, this phenomenon is often analysed as orders. However, this analysis is a magnitude and not a displacement, velocity or acceleration.

When a torque is applied to a shaft, one end twists relative to the other end and each element in a cross-section is in a state of shear. The shearing stresses thereby induced in the shaft produce a moment of resistance, equal and opposite to the applied torque.

Although the concept of vibrations was known to scientists for more than 100 years, its applications in monitoring the performance of machines became evident only a couple of decades ago.  With the advent of AI, ML & Data Analytics, vibration analysis has received a major boost in terms of accuracy in pinpointing faults well in advance thus saving billions of dollars worldwide.

Testing should be performed during startup, shutdown and over the range of operating conditions. Time waveforms can be helpful to determine transmitted torque and overall alternating torque. Time waveforms can also be used to capture peak torque during a transient event such as synchronous motor startup or emergency shutdown (ESD) of a reciprocating compressor. Appropriate sampling rate needs to be used to capture the data.  Fast Fourier transform (FFT) is needed to determine the frequency content of the signal. By varying the operating speed and making a waterfall plot, the TNFs can be determined. A waterfall plot can also be made during a slow startup or unloaded coast down