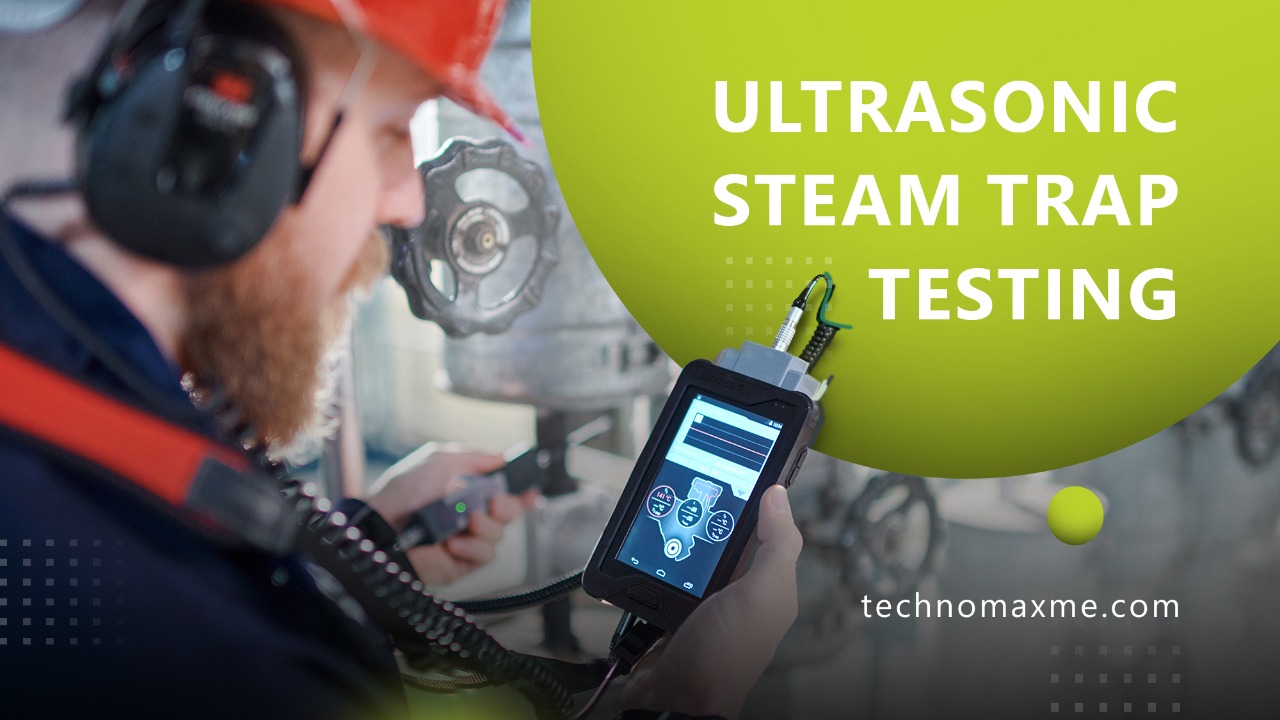 All industrial plants require a safe and efficient steam distribution network, from power plants to oil and petrochemical industries. Given how much energy it takes to convert water to steam, we should never compromise a steam systems' safety and efficiency. As some cooling is unavoidable, every steam transportation system has steam traps specifically designed to extract condensates, air, and other contaminants. Steam traps are a vital part of any steam system because of their functionality.

A steam trap works on the following basis: it opens to let air and condensate out of the steam system, then quickly closes to keep as much steam in the system as possible. Even if your company has the best steam traps, there is always the risk of failure since experts estimate that 30 percent of steam traps fail if they aren't inspected on a regular basis.

Ultrasonic and temperature measurements are combined in steam trap inspection procedures. Allowing trap inspectors to assess trap conditions even during peak output and in high-noise environments and making devices versatile for testing different types of traps.

Typically, the steam trap catches condensates, opens a small valve, expels the contaminants (i.e. the condensates), closes the valve, and opens again. The trap operates in a cycle, with each opening and closing taking place in microseconds. Humans cannot monitor these as they are too fast. Also, the closing and opening of such small valves are not perceptible to human hearing, so we use ultrasonic testing machines to detect sound and capture dynamic signals readily. These signals are used to determine the condition of the steam trap at any time, even during production.

The advanced ultrasonic testing device has become a quick and simple process to detect steam trap faults by ultrasonic inspection. As the needlepoint is kept in close contact with the steam trap, the device generates a graph allowing you to listen to the closing and opening of the valve through the headphones. When the valve is closed, the signal is weak, and when the valve is open, the signal is strong, allowing us to monitor when the valve is closed and open precisely. We can also use temperature measurements to determine if the trap has failed to close or open rapidly when a somewhat consistent signal is observed. With these gadgets, the trap's opening and the closing cycle can be monitored and heard clearly.

Steam trap defects can take two forms: the valve can either stay closed or open, putting the system at risk. When a steam trap fails in the open position, the condensates will flow along with the steam, thus damaging the production at the point of use and decreasing process efficiency. The condensates will accumulate upstream when the trap is closed for a long time, causing a significant decline in system performance and affecting process efficiency. Given the high cost of producing steam, a program to monitor steam traps can save a lot of money.

The future of ultrasonic steam testing

When it comes to steam trap preventive maintenance, it's safe to claim that the SONAPHONE digital ultrasonic testing devices and SteamExpert app are indeed the best. They've combined everything into a single user-friendly software package. So you won't have to bother with human errors, missing reports, or stacks of paperwork anymore. With it, you can also test all types of steam traps, whether thermal or floating, using a combination of ultrasonic and temperature data.

All an inspector needs to do is connect the sensor and activate the SteamExpert app. A long waveguide is used for testing, allowing you to observe the steam trap safely from a distance. The SONAPHONE records the ultrasonic signal within the set range. The inspector can tell if the steam trap is working correctly or not by looking at the screen and the spectrogram. After each trap has been inspected, you can add images, comments, or audio notes about it. Not only is testing made easier with SONAPHONE and SteamExpert but so is paperwork. You can get fast reports at the end of the testing procedure, which can be viewed on your PC anytime. All recorded data can also be revised and analyzed using the DataSuite web application.

The DataSuite SONAPHONE web application is used to manage the data collected using SONAPHONE. After SONAPHONE has collected all of the data, the web application can be used to evaluate it quickly and accurately. The software provides us with all of the relevant measurement point information for all new and old devices. New traps can also be easily added to the software.