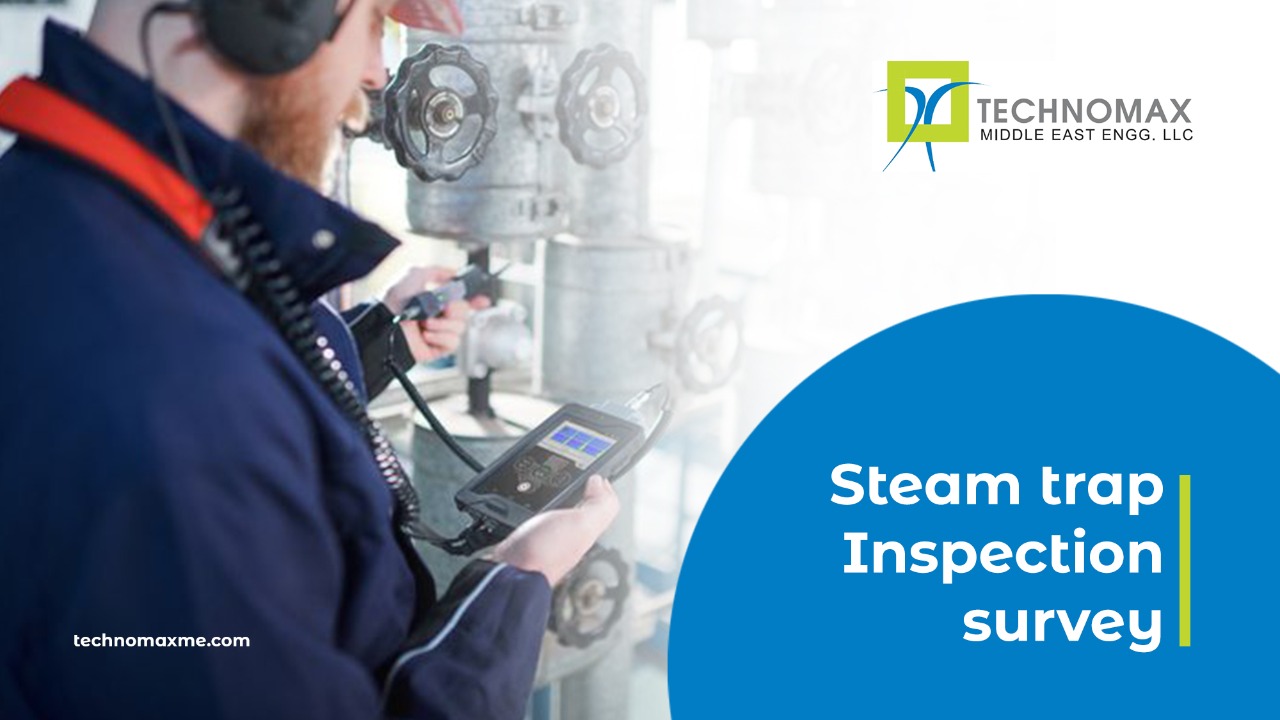 What is a steam trap?

A steam trap is a component of a steam system used in steam-heated operations in plants and factories and steam-driven turbines in power plants. Steam traps are an automatic valve that filters away condensate (steam that has condensed) and non-condensable gases like air while allowing steam to escape. Steam is frequently employed in industry for heating or as a mechanical driving force.

Why are they installed?

When water evaporates into a gas, steam is generated. The water molecules must be given enough energy (heat) to break their bonds in order for the evaporation process to happen.

Latent heat (the energy required to transform a liquid into a gas) is used in steam-based heating processes and transferred to the product. The steam condenses and produces condensate when the process is complete since condensate cannot perform the same tasks as steam. If condensate is not evacuated as quickly as possible, heating efficiency declines in steam transport piping or heat exchangers.

What is a Steam trap inspection?

Leaks, both to the atmosphere and through valves and steam traps, become a  major source of waste and inefficiency. Preventing steam leaks and maintaining steam traps are two ways to improve a steam system. The prime objective of a practical steam trap inspection system is to repair any malfunctioning steam traps or steam leaks that can compromise the safety, energy efficiency, and quality.

A successful steam trap maintenance programme should also include properly training employees to effectively execute the steam trap inspection. To increase the overall effectiveness of the steam trap survey, knowing what the potential problems are and how to identify them is essential—having a strong understanding of how the steam system works can also help the inspector spot any faults when performing the steam trap survey.

Ultrasound technology is employed by maintenance and quality professionals worldwide, and it is often regarded as one of the most effective methods of predictive maintenance technology. Various inspection technologies are combined to keep up a world-class standard for the steam trap inspection process. Likewise, visual inspection or temperature measurement can also be used with an ultrasound inspection technique.

How is Ultrasound testing in steam traps performed?

Hand-held airborne and structure-borne ultrasonic devices detect and receive high-frequency sound waves generated due to various reasons, including friction (caused by non lubricated bearing), ionisation, and turbulence (caused by a pressurised air leak or a failed steam trap). Since these high-frequency sounds are outside the typical human hearing range, they are not audible to us. The ultrasonic testing instrument can receive these high-frequency sounds and convert them into an audible sound that the inspector can hear through his headset. The sound is then quantified in decibels (dB) on the instrument's display screen and can also be displayed as a spectrum in the Fast Fourier Transfer (FFT) or Time Wave Form, depending on the device.

SONOTEC's SteamExpert is a one-of-a-kind ultrasonic steam trap examination instrument offered by Technomax. SONOTEC provides its customer’s solutions that are tailored and compactable with their ultrasonic preventative maintenance requirement. Thus, the SteamExpert app was developed to quickly and affordably test Steam traps of various types and brands.

The software is for use with the SONAPHONE digital ultrasonic testing instrument and the BS20 ultrasonic and temperature sensor (Broadband Structure-Borne Sound and Temperature Sensor), which is used to detect and categorise leaks in compressed air, gas, and vacuum systems and save money on energy.

The SONAPHONE performs all the testing processes and provides us with all necessary information regarding the condition of the tested steam traps. These tests can be scheduled in sections using the DataSuite software, and the results can be thoroughly studied and reviewed. The ultrasonic test results can be stored, analysed, and managed using the SONAPHONE DataSuite.

All SONAPHONE users receive free access to the newest software versions, and a modern support structure, including SONAPHONE wiki, FAQs, and tutorials videos through the mySONAPHONE.com end customer site. The software can be used on a PC, server, or in the cloud, and it can be customised using application-specific modules.