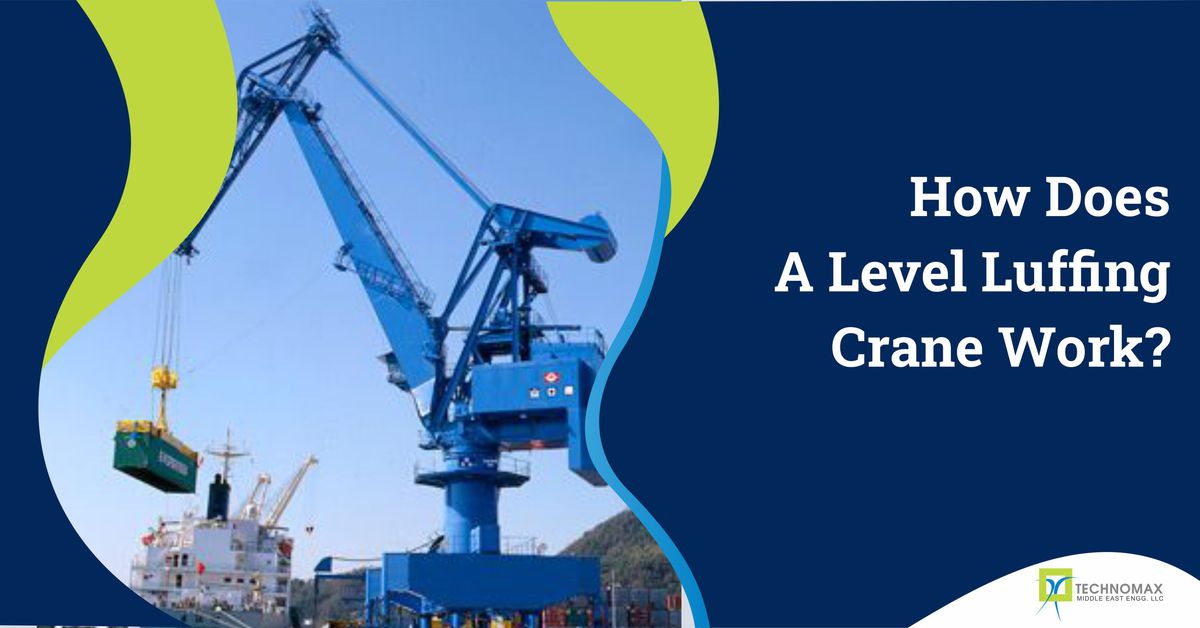 How does a Level Luffing Crane work?

It's incredible to see all the various types of heavy equipment and tools being used on a construction site. A crane with its boom or mast up in the air bearing or raising a load is frequently the first thing you encounter. If you are new to the market or a seasoned pro, there's a fair chance you had come across crane equipment you had never seen before or used a crane word you have never heard before. Read more about Level Luffing Crane.

What is a Level Luffing Crane?

A level-luffing crane has a hook that stays at the same level when luffing; the Crane jib is moved up and down to drive the hook inwards and outwards relative to the base. When the careful movement of a load near ground level is necessary, such as in construction or shipbuilding, level-luffing is critical. A luffing tower crane is suitable for construction projects with limited space on either part of the site and the need for safety.

The way a level luffing tower crane functions is peculiar. To pass the load, the pivots of its horse-head jib join together and then flex up and in, or down and out. When the crane luffs, it swings horizontally rather than vertically to hold the hook at the same position.

Features of a level luffing crane

Some of the characteristics of a level luffing crane include-

When should consider level luffing crane installation because of the advantages that it offers:

How does a level luffing crane work?

A level luffing crane can be operated in various ways, but the mechanical method is the easiest.  When you look at the geometry of a crane installation like this, you'll notice that the parts form a parallelogram. It's easy to figure out how it works once you realise this. This is quite similar to the parallel linkage used in early Victorian beam style steam engines. Other level luffing cranes can be made by manipulating the rope artificially, either electronically or hydraulically. To luff means to lift a load by moving a crane's jib vertically. A luffing jib shift with a load or into a working angle to lift a load under control (hydraulic or cable).

At ground level, manually fixed offsets are set. The boom is lowered, and the pins that hold the offset's vertical movement in place are removed. After that, the boom is slowly raised until the desired angle and pinning can be achieved. This procedure must be repeated to adjust the offset angle. These are time-consuming and physically demanding operations. Re-pinning from the top of a ladder can be difficult at extreme offset angles and long extensions touching the boom head. There is no such job with the hydraulic jib.

If mounted, the operator can luff the jib with load from the cab, for example, on some Grove telescopic cranes, from 5° to 40°. Because of the variety of lifts available, the versatility that allows for adjustments in the middle of a lift, and the lack of setup time, the operator can focus on what matters most.