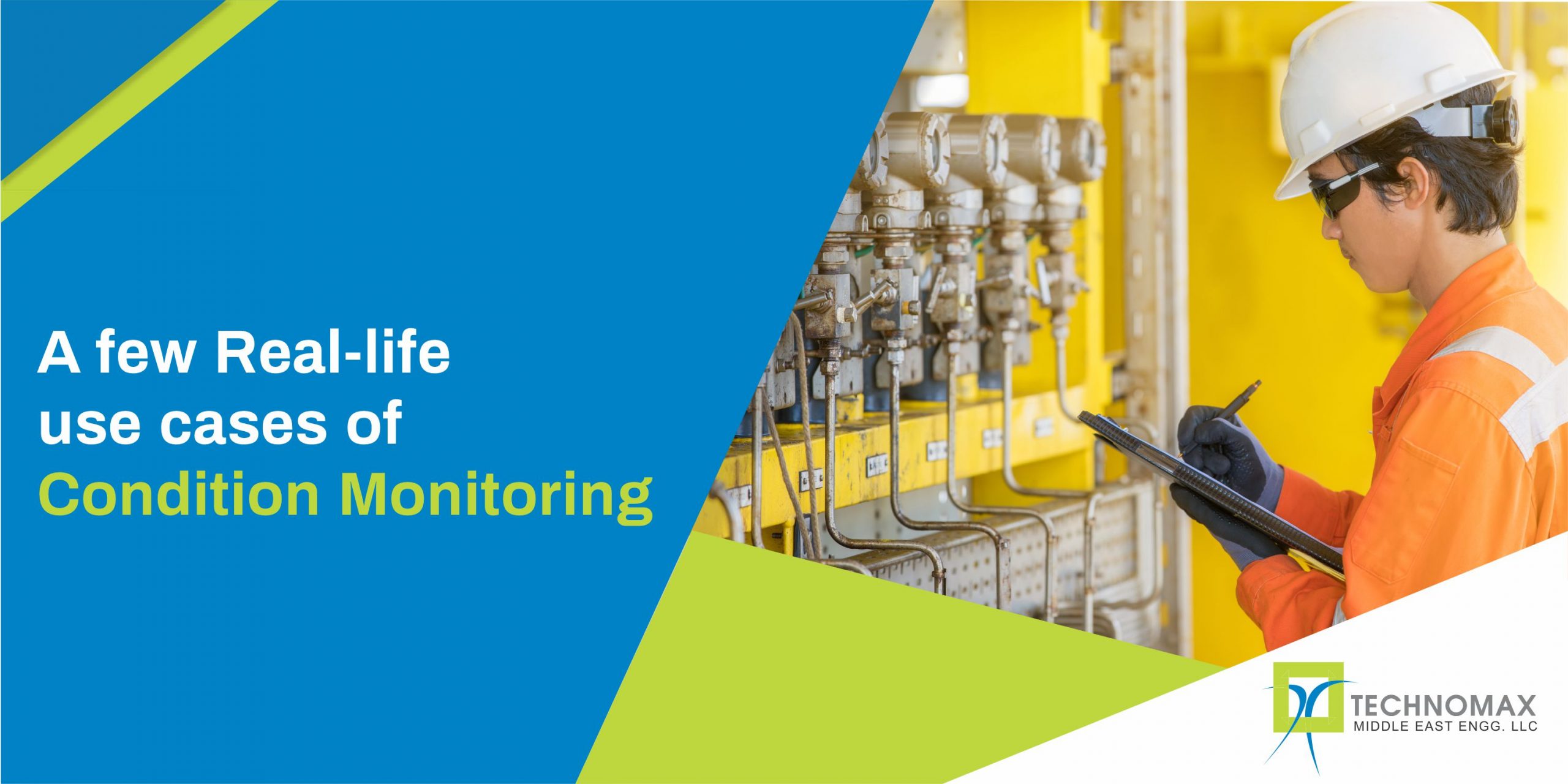 A Few Real-life Use Cases Of Condition Monitoring

What is Condition Monitoring

Man and machine are deeply intertwined in almost every walk (and of course drive!) of life.  The modern Homo Sapien cannot imagine a day without switching on the fan; taking a bath, say, on the top floor in a multistorey apartment, with water pumped up using a motor; taking an elevator to come down and finally driving to work.  All these simple activities need machines, failing which, the fast-track urban lives would be thrown out of gear.

There are millions of machines around the world, each one operating in isolation, making it impossible to know the number of failures occurring each minute.  If all these machines were connected to an intelligent central network, there would have been more data in hand for detailed analytics.  However, what is important is the prevention of such failures rather than fault-correction because once the fault occurs, there are direct and indirect losses to multiple stakeholders.  For long, organizations have tried preventive maintenance by handing over Annual Maintenance Contracts (AMC)to service providers, to periodically inspect the machines and look for red flags that point to an impending failure.  However, such manual inspections were useful only for regular maintenance and detecting small mechanical wear and tear that could lead to minor or major failures.  But these inspections were not always accurate and there was a need for a more reliable and technologically superior solution.

The Internet of Things (IoT) and data analytics have revolutionized the way faults are predicted and rectified before any mishap occurs either on a small or large scale.  Condition monitoring, as it is termed, picks data on say, vibrations, fluid levels, temperature, power consumption, etc from the machine and analyses this data in conjunction with the repair history, external conditions such as weather and arrives at specific inferences.  A few real-life use cases will exemplify the importance and feasibility of this concept in the modern networked world:

Reciprocating compressors work on dirty and highly corrosive gases that deteriorate the lifespan and productivity of the component and plant.  The machinery can often be thrown out of gear which can disrupt work.  Having a second machine as back-up is useful but, in most cases, does not make business sense.  The crux of the problem is the degradation of seals and damage caused to the internal compressor.  A condition monitoring system can help to detect critical faults early on and shut down the entire machine for preventive care thus saving on time and money that would have been lost had the damage been done.

Electrical fires can occur if there is a fault and insurance providers need data to ensure continuity and validity of the risk cover.  These checks were generally conducted manually which not only made it prone to human errors but also added to the costs for human resources.   This cost could not even be justified as the task was mundane by nature but the observation was necessary and critical.  A sensor in place of a human carried out the task more efficiently and continually read thermal data in the electrical circuitry.  This condition monitoring system would throw up alerts in case of aberrations.

This model picks up data from the numerous sensors installed on turbines across the world and creates a predictive fault detection mechanism, with the help of mathematical models.  Wind turbine maintenance is costly and requires site visits by experts. This system helps remotely monitor equipment performance, weed out false positives, and maintains an accuracy rate of almost 97%.  Site technicians’ visits are decided basis the reports flagged by the system.  Moreover, each rectification update is fed back to the model to make it more effective.

Equipment such as heavy machinery has large and gigantic parts that are often very time consuming to monitor if done manually.  Placing such equipment somewhere in the ocean makes such monitoring even more difficult.  The team at Honeywell was entrusted with such a task for an energy company that had deployed a rotating equipment on its oil tanker.  The ship was docked such that on-demand rectification or preventive maintenance was extremely challenging.

Some other associated challenges were long production cycles for spare parts thus making it imperative to give an advance notification in case some part was needed.  A wired solution was cost-prohibitive as the ship spanned about 90,000 square feet.  Honeywell had to implement a cost-effective, yet efficient wireless condition monitoring system in the middle of an ocean.  This monitoring system recorded data multiple times in a day and optimized its resources accordingly to schedule preventive maintenance.

At an LNG storage site having several compressors, the valves failed within short runs.  The valves that were designed to have life spans of almost 17,000 hours were then put on surveillance using portable performance analysers.  The data insights revealed that the valves were leaking due to contaminated content.  Internal investigations confirmed that employees used gas to dry washed items and then refilled the system with gas along with the debris.  The condition monitoring system helped bring this aberration to light.

A statistical study has calculated 190mn hours as the total global downtime in elevators.  The related financial losses due to lag in deliveries, work hours in offices can only be guessed.  Thyssenkrupp’s solution focuses on reducing downtime through real-time monitoring.  Their solution, MAX, based on the Internet of Things (IoT) concept, sends data from all connected elevators to their analytics tool on the cloud.  The tool then calculates the life span of each component in the elevator; notes performance trends, repair history, etc to arrive at a dynamic maintenance schedule which will vary with the periodic data inputs.

Condition monitoring is an intelligent and smart way to schedule preventive maintenance exercises and can monitor even the minutest of critical components.  Most large industrial corporations are using condition monitoring solutions to overcome challenges, offer uninterrupted services, and optimally use resources.

To protect both workers and a facility, lifting equipment must be in good working order before being placed into operation.…