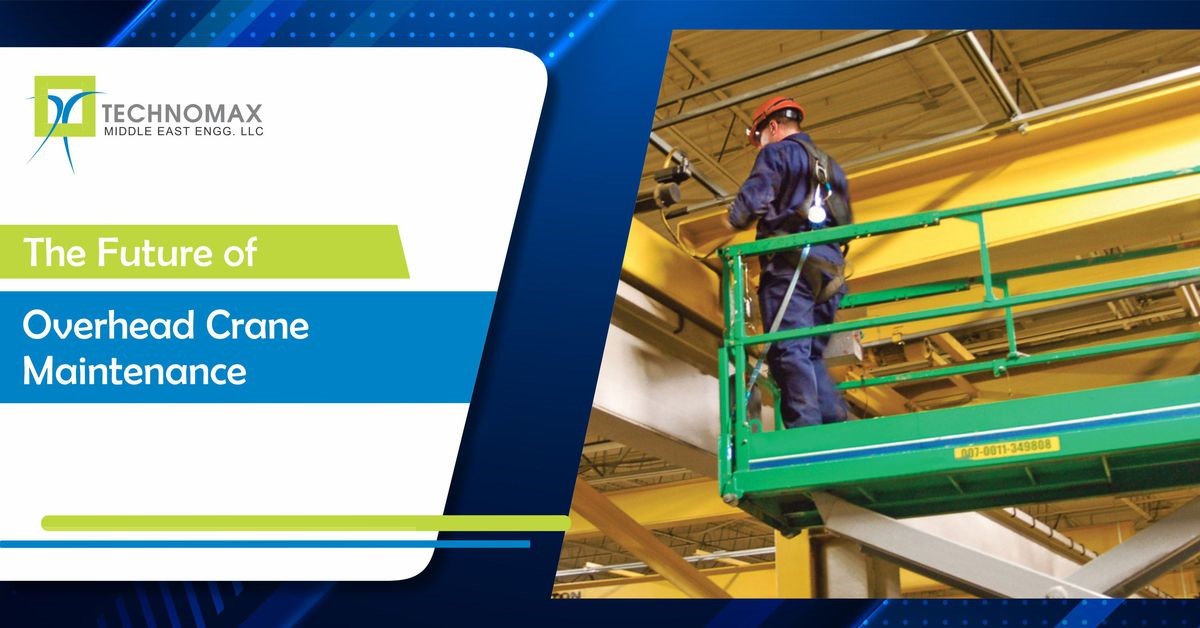 The Future of Overhead Crane Maintenance

"Don't fix what isn't broken." For centuries, the idiom has been accepted wisdom. However, there was a time when it was also accepted wisdom that the Earth was flat. The problem with traditional knowledge is that views change over time, which sometimes necessitates a paradigm shift in our approach. It's no different in the world of overhead crane repair, where small and large shifts continue to influence how we perform our duties as well as the future of overhead crane maintenance. Any of these changes are relatively minor. On the other hand, others are radical improvements that transform everything we thought we learned about overhead crane maintenance on its head.

Automation, is one of the most prevalent phenomena currently sweeping the overhead crane industry hence it has significance in the future of overhead crane maintenance. While automation has been a constant presence in manufacturing for many years, recent technological advances have made overhead crane automation much more sophisticated. It's becoming more popular to see overhead cranes and hoists execute tasks entirely on their own, with limited guidance from a human operator, thanks to features including advanced computer controls, laser-guided sensors, and sophisticated object-avoidance systems.

This degree of complexity has had far-reaching consequences for the industry's maintenance. To fully comprehend and service the many highly complicated and technologically advanced elements of the modern overhead crane or hoist system, technicians have had to expand their expertise. Since automation is often used to increase a plant's efficiency, any downtime caused by a malfunction in one of these automated crane systems can have severe consequences. As a result, maintenance and repair technicians must quickly get the equipment back up and running.

Proactive maintenance is another trend that is having a significant effect on the future of overhead crane maintenance. As previously said, don’t fix what isn't broken."  has long been a popular belief. However, when it comes to their devices, many overhead crane and hoist operators are starting to realise there is a weakness in that line of thought. The problem with waiting until something is broken before repairing it is that it causes downtime, which can be fatal to any company. When overhead crane or hoist equipment fails for some reason, hours, if not days, of work pile up and go unfinished. Any drop in productivity is a big issue for a company. Furthermore, waiting before a problem arises to fix it guarantees a loss of efficiency.

On the other hand, proactive maintenance works to resolve this issue so that overhead crane and hoist equipment can remain operational for as long as possible. Rather than waiting for equipment to fail before conducting maintenance, proactive maintenance aims to detect potential issues before they cause the equipment to fail and take it offline. This, like automation, has been made possible by using advanced technologies to track the condition of vital components and compile accurate data on how the equipment is used.

Based on this information, a maintenance service provider should create and execute a proactive maintenance plan that includes replacing worn components and resolving minor functionality issues before becoming more severe. What's the end result? Equipment remains online for more extended periods of time, increasing the productivity that owners and operators can expect.

What are the Different Types of Overhead Cranes?

Overhead cranes are essential in a variety of industrial settings because they increase productivity. The efficiency of a crane is…

As one of the material handling systems, the EOT crane is a dependable and secure choice for a variety of…

How to choose the right overhead crane?

Choosing the overhead crane system is a long-term investment that can enhance operations, streamline manufacturing, and boost worker safety. Choosing…